Most paintings portray you
as a placid woman bearing a salver,
as if you were offering cupcakes,
rather than the two breasts
that were sheared from your body.

If there is anguish, it’s half-hearted.
If there is blood, it’s a thimbleful.
Such feeble depictions of brutal revenge.

Some say you were then rolled
over broken pottery and scorching coals.
Another version sent you to the stake.
But does the method really matter?
It’s enough to learn you were tortured for saying, “No”.

All the while he kept his gaze on the small fire that you made.

Bear-woman,
this is where the whirlwind stops.
Right here, among dark incantation.
Look around you, use those grizzly eyes,
for soon you’ll turn polar—a bulk of light
with clumsy paws. The blood-thud of constellation
shall roar inside your ears.

For now, remember the startled face,
the swift lift from grass and the bear hug embrace.
Remember his hands. Remember why your tail is longer.
Your words growl as thunder.

I met a death collector when night came seeping,
his spooklights harried cloud.

Each was ghostbone,
a white-hot spindle of flash then roar.

When he touched me, life cleft into after and before.

The Chorography of Longing

Rain.
The rain at sea.
The word, rapture.
Moonrise.
Starlit.
Blue-smoking darkness.
Its cargo of mysteries.
Phantasm and sprite.

This lonesome apartment.
This night-long sleepwalk.
How we wake in separate rooms.

This haunt of hinterland.
This homesickness.
This thudding.
Its roaring, rushing sound.
The clutch of your hair.
My hand reaching out.
An echo of satellite song.
Of siren speech.

This unbroken code.
This all-or-nothing.
Our thoughts at half-mast.

Of when to settle.
Of when to quit.
Of overworld and underworld.
Field and fallow.
Dog-bark.
Bee-hum.
Slow work.
Each wing-made murmur.

A host of sparrows in the bushes.
A qualm infusing this dark hour.
The holy well, its heft of coins.

Misfortune instead of miracle.
Lost instead of left.
Weight of unspoken words.
Of windborne memory.
Spirit-wild.
Soul-storm.
Ardent holler.
Our bodies break too readily.

I wish for you
to sow this field
of six senses and seven sins.

I am not wanton,
but wanting.
I call only to you.

Even in stone
this body
remembers you.

I fidget with supple invitation.
There’s nothing more than me
and this world inside of me. 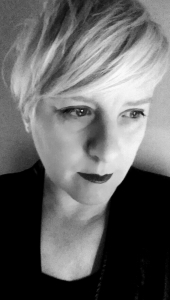