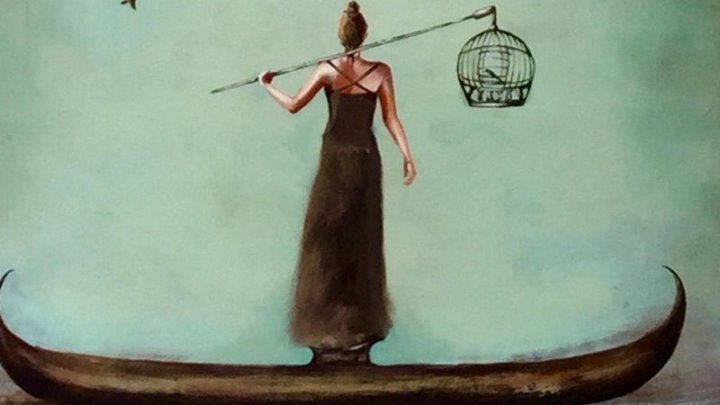 I have one marble only, glass-curled greens and blue.
It’s kept inside a golden globe with turquoise studs,
I swing it from a chain: my dowsing stone, my truth-seer.
Once it knocked against an ancient head, cracked it so its walnut core
Leaked sepia images of a being lived inside another time, another age,
Before the image replaced the real and the real was more than shadow.

Outside the cave I glassed the play of light and shadow,
And when my only marble fell from its golden globe onto a blue
Tiled ocean floor, I swam after. The ancient head, wise with age,
Told me he had too lost his, recalled the studs
Inside the coloured orb, their curled blues, their seedy core
His own two eyes: Learian days that left him sightless and a seer.

My ancient friend dismissed the lies of a mummer seer
Whose falsest claim is that to love someone is to dispossess him of his shadow,
To wipe out every trace of him. Is this not indeed a murderous future? Our core
Belief that we are sworn to good and not extremes is not illusory. Those blue-
Eyed boys in ivory towers profess there is no truth, no self, nothings real; the studs
That breed such suasive tales are only there to fill the storybooks of our age.

Along the furrows of my brow I found a little pebble, it seemed an age
Since I had lost my marble. This purple stone weighed but a fraction of a seer.
It rattles in the golden globe, its hollow ring dislodging all the turquoise studs.
In the desert of the real, we watched the sun expand and then contract my shadow.
The ancient head has none. Though he is dead, we still talk. When the moon is blue
And the sky is starry nights, we harvest all the fruits of happy thoughts and core

Them for their seeds. “Is all of speech deception, all meaning at its core
Inherently unsound?” I asked the wise old head. He’d reached an age,
He said, and no longer feared such things, was satisfied there were no blue-
Prints or master schemes, simple truths apply—it does not take a seer
To tell you that the darkest hour is just before the dawn. All of us are shadow-
Dancing but mustn’t let the darkness intercept the light. The mettle studs

He riveted to the heart of my resolve are turquoise studs
In reinforced solutions. I’ve made up two new moulds, hollowed out their core
For curled glass in colours of the universe, whose negatives in shadow
Graphs are images of beings lived inside another time, another age,
Before I was madder than unreason and he mapped inscape as a seer
And gladness had another view, before betrayal choked intentions blue.

Talk on this blue-green sphere sets the lens within our glass-eye studs,
Through which the seer sees us stumble through the worth of words, in that core
Bewitchment of every age that cannot tell the real from dancing shadow.

First published in WOW! Anthology 2011, and subsequently in The Shadow Owner’s Companion (2012)

You fix our ladder in the scorched earth,
watch as the crows crowd round us,
I hear their cautionary caw-caws, but cover
your ears against their thin black sermons.

And so we climb. Me. Then you.

Runged, we stroke each bird,
‘sedate and clerical’ –
one bestows a molted quill feather,
colour-run like oil-marked silk.

Is it an omen? You ask. Should we go back?
I don’t answer; I’m too busy holding up the sky.

We are the survivors
who wait by the barricade
for the slow countdown.
Some of our dead slip through,
stand beside us, unsteady, unclothed, low –
we cannot take them with us.

The cry goes up for cheer,
smile, they demand, be merry.
Fireworks tear the stars
from the moon, pock the night
with dissimulated Armageddon,
the awed throng pitches forward.

If not in groups then kinfolk
keep in hailing distance,
their calls, inmost, distinctive,
provisional. My Dad sees me first.
He’s changed; parchment against bone,
eyes gone the colour of vertigo.

I am a smashed pane
that lets the rained downpour in,
in to vacant tenure.
As the countdown begins
there’s a clamour for the barricade,
and this is where we’re obliged to live on.

poethead by Chris Murray is licensed under CC BY-ND 4.0