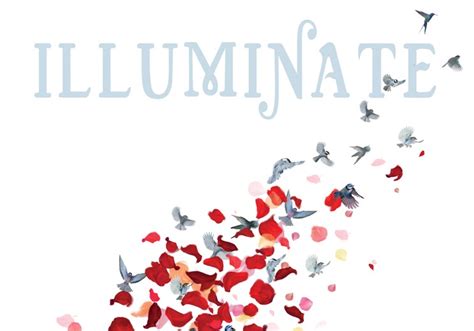 everything seemed familiar
and so we kept walking
the light, hushed with green
no path looked different
we didn’t speak –
a bright rain
left the earth fragrant
we found a temple
hidden, waiting
and paper fortunes
only you could read
your tears –
gold rivers
felt like stars
falling on my hands

you know pride is a terrible thing
and we’ll be a long time dead
what does any of it matter now
when it’s all stripped back
it will hit you one morning
crying making eggs crying trying to eat them
the love won’t go away
worse than the fear or the hate
stubborn around you
red ball and chain
the days don’t make a difference
I’ve tried to stamp it out
like I’m constantly on fire
when we meet now there’s a sadness
like we’re talking from the dead
like we’re both being unfaithful
but also the odd beauty
of how the love can still live
even if we’re not in it
we still talk
we are always talking
but never saying a thing
and what are words
they don’t matter
they’re just the noise we make
it’s muscle that has memory
muscle that make me shatter and twitch because
our bodies are used to touching
memory and habit and want
the body doesn’t understand it’s not allowed
I focus on your eyes while I try to get used to it
your hands two jump leads on the table
I try not to touch
I think you just want it to be ok
I’ll put on the smile you offer, I’ll put on the mask
I can see those eyes through it
they tell me they’re sorry
they tell me this is hard
they tell me we can’t do it again
all that love still pulsing
but this time
love saying no.

my great-grandmother had it
though few will talk of it
how she lived on a hill
closer to the heavens
lighthouse
where the cloud shadows
would change the colour of the fields
screaming yellow in July
something sacred, godlike
they would come for miles
to be healed
wide holes in their cheeks, mouths
a lifetime smoking pipes –
carrying too much
elixir
bird feather suspended
in glass
the scent
would linger for days
the sight of the wounds
something about this
stirs memory
trembles within me
the burning urge
to cure

Take off your coat.
Let it fall from you.
Want to watch you do that.
I’ve been thinking of you too much.
Now, I want to make you real.
Do that and come here,
Fall from yourself and don’t think.
Stop talking.
To name this moment
Is to sap it of itself.
Stop looking.
Don’t ask love,
It’s beyond me.
Leave before I wake, will you?
It’s kinder that way.
Morning, and your searchlight eyes,
Shining, trapping, blinding.
Who can bear that?
I’m sorry I talked
To everyone but you tonight
But I find I’m like that.
Please accept it all, or go.
It’s all the same to me, these days.
Now I know I’m saying
None of this out loud,
But I’m hoping you’ll hear it in me
This time,
If you’re listening.

The bed is too small
as I turn and try
not to wake you
your body is still unfamiliar.
It could be anytime –
my first time
in your room.
I should go.
There’s a smell of incense
you burn it like a priest
hoping to purify
you burn it like flowers
that will cling and remind me.
Slowly you begin to touch
without opening your eyes
as if your hand is awake
and the rest of you sleeps oblivious to
your slow touches and the morning
making its entrance.
I move with you
without words
my hands in your black hair.
I’ll never be yours.
Outside,
There are no birds singing

you need to be very still
to hear the concert of your body
to think about what you contain
salt and water
knows what it’s doing
renewing itself
back to earth
it is a quiet thing
this is where our riches are
we are all red inside
brimming with love
all fluid and quiet and fire.

These poems are © Kerrie O’Brien 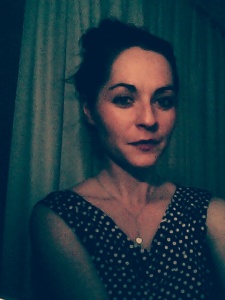 Kerrie O’ Brien has been published in various Irish and UK literary journals. In February 2012 she was the first poet to read as part of the New Writers Series in Shakespeare & Co. Paris. Her poem Blossoms was chosen as the winning entry in the Emerging Talent category of the 2011 iYeats Poetry Competition and her work was highly commended for the Over the Edge New Writer of The Year Competition 2011 She was the winner of the RTE Arena Flash Fiction Competition 2012 and Culture Ireland sponsored her to read in Los Angeles in June 2012. She has received an Arts Council Literature Bursary for her first official collection and two of her poems have appeared in New Irish Writing in the Irish Independent. She was one of the emerging writers chosen to read at the Cork Spring Poetry Festival 2013 as well as the Poetry Ireland Introductions Series 2013, Listowel Writers’ Week 2013, Cuisle International Poetry Festival 2013 and The Bram Stoker Festival 2013.  She will have work forthcoming in The Bohemyth and The Irish Times. Her poetry chapbook Out of the Blueness was published in 2011 and she is currently working on her first official collection Illuminate.